SQL Server on Linux… An Edsel in the Making or a Brilliant Move by Microsoft? First of all, yes. It’s true. This week Microsoft announced that it is in the process of porting SQL Server over to Linux, and it will be available sometime mid-2017. For many in the IT and software communities, this is akin to GM building engines for Ford Pickup trucks.

While Linux has always been a popular open source operating system for those wanting free software and no licensing limitations, Microsoft has in the past considered Linux as a cancer progressively eating into its market share, and only popular with rebels and anti-establishment types.

The reality is that Linux became mainstream long ago. Today, a small majority of web servers are running on Linux, and Android (a Linux flavour) rules the smartphone, tablet and game console markets. 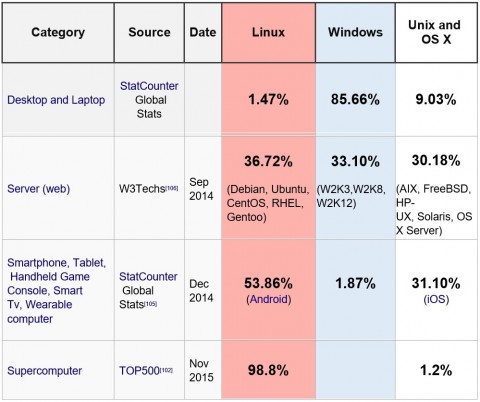 Fortune magazine is calling this “blockbuster stuff”, and no wonder. ZDNet’s columnist Steven J. Vaughan-Nichols writes that “Microsoft’s fortunes are no longer based on Windows”. Instead, Microsoft's new cash cows are Azure and server applications. In particular, "Microsoft Azure is growing rapidly and is reported in the same group as traditional server products (SQL Server is up, Windows Server is down). Collectively, that pair is at the top of the list."

This doesn’t mean Microsoft is going “open source” with SQL, but creating a Linux version will probably open new markets for them. Consider that almost 25% of all servers running in Microsoft’s Azure cloud service are powered by Linux—and today, you can’t run Microsoft software on Linux. Yet.

We think SQL will be a hit with users, especially those companies who are already invested in Microsoft products. Of course, only time will tell.